A Metaphor for Healing

A Metaphor for Healing 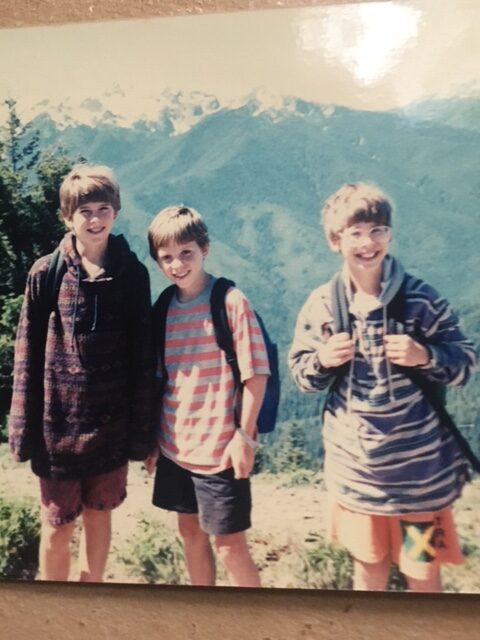 Today in therapy I used a metaphor to illustrate a key aspect of healing. The metaphor I used was the story of my own broken thumb.

When we suffer a wound, or bruise, a broken bone or a poke in the eye, a feature of any such injury is that it requires attention.

If we suffer a wound and remain unaware of it, the situation is quite dangerous. Not recognizing the severity of a particular mishap, accident or other form of injury can lead to the injury being aggravated through carelessness or through neglect. An untreated wound can become infected and lead rather quickly to death.

The attention a wound requires reminds us, again and again of its presence. And it will be there, reminding us of it, until the healing is complete.

Once, when I was a 10 year old kid, I had grown out my thumb nail. It was quite long, and if memory serves, a bit jagged. Looking back at it now, perhaps there was some element of parental oversight. In any case, no one told me to cut my nails. We were on vacation as a family, in Europe. It was a ‘walking holiday’, in which we would go hiking every day and stay at an inn at night with a group of middle aged Europeans. A lot of walking. Everyday. Anyways, at one point in this holiday, I threatened to stab my brother with my thumb nail. He didn’t like this too much and my stab attempt went awry, and my thumb was broken.

No one in my family believed me that the injury was serious. And when they heard how it had occurred, in an attempted stabbing – or threatening to attempt such a stabbing – of my brother, all sympathy was lost. It was my own fault, they said. That’s what you get for trying to stab your brother, they said.

I didn’t know that my thumb was broken at that time, but in any case, a visit to a doctor was out of the question! We were on vacation after all, in the French countryside or somewhere. My ten year old self has a rather poor memory for such details. The point is: my thumb was in excruciating pain from then on out, and I was keenly aware, at all times, when anything so much as grazed it.

For my thumb to brush against a shirt as I put it on, or to touch the pillow in my bed at night, or to graze the side of a cup of tea or, good forbid, hit against the railing in a train station, was excruciating. Any such contact at all, no matter how seemingly gentle, caused a great bolt of pain to shoot straight through my being, as if a lightning bolt from Zeus himself had landed on my thumb and exploded throughout my nervous system. Suffice it to say, I quickly learned to be extremely aware of my thumb at all times, day or night, sitting or walking or moving. I cradled my thumb in my other hand during those long hikes in the rain in the French countryside or wherever. My thumb grew in my mind to something large and monstrous. While it looked merely a little swollen to others, to me it loomed large, like a vibrating neon sign, in a grey depressing endless rain storm, emitting sparks while flashing on and off irregularly, by the sidewalk with a pool of oil underneath it, like you would see in a crummy dystopian future mega city. Like in the original Blade Runner, for example.

Eventually we returned to America and my mum, tired of hearing me complain about it, took me to a doctor. ‘Yep, it’s broken” he said. But there was nothing to do about it because we had waited so long. Te doctor said ‘when did this happen?’ My mom said ‘well we were walking in the south of France” “Ah how was it there? That is exactly where I’ve been planning our next family vacation!’ “It’s gorgeous! What a synchronicity!” Said my Mom and they spent the rest of the time discussing the ups and downs of traveling in France.

There was nothing to be done about the thumb except to wrap it in a cast. Ah, the cast! Now my thumb was protected. For the most part. But still, there was the end of it sticking out, swaddled but laid bare, and any direct blow to it still resulted in great shocks of pain.

So what is healing? In this case, it was healing of the wounded thumb. It includes the belated recognition that one has indeed been seriously wounded. The doctor is not much help, but he does swaddle the wound in a large soft bandage, signifying to oneself and to all the world that in fact, a wounding has here occurred. Glances of concern and remarks of sympathy became common place. The wound had entered civilized society and the terrible origin story (of the attempted stabbing of my brother) was, if not forgotten, no longer known to everyone I encountered. And here the healing really began.

One day the bandage was removed. The thumb still looked pretty funny, misshaped and crooked. And it was still sensitive to the touch. Slowly, slowly, over time it became more and more normal. The sixth sense I had developed, of being extremely aware of where my thumb was at all times, slowly became less needed. This habit of being so hyper aware of my thumb persisted for a while, even as I noticed it could touch and pick things up once again. I could even make a fist again, though I never fought with my fists. In retrospect, I wish I had: they make much better weapons than a long thumb nail.

And then, eventually, a year or so after the original debacle, I was back to normal: a state of not particularly concerned with or thinking about my thumb. I did not need to worry about it touching anything, as it was no longer painful, because it had healed; I had eventually lost the habit of being constantly aware of it, once such continual protection of my thumb had proven unnecessary time and time again.

So when do we know that we are in fact ‘fully healed’? Perhaps the sign of this achievement lies in an absence, the absence of awareness of a problem. Perhaps it is when the awareness of our wound is no longer haunting us. It is no longer something to worry or to be concerned about. It is no longer something that needs to be told to confidantes or lovers or therapists. When we think of ourself and no longer identify as ‘the one with the broken thumb because he tried to threaten his younger brother with being stabbed by my jagged thumbnail while on a walking holiday in the south of France or somewhere.” Healing happens when we remember the story of the wound and yet the pain has left us. We can share the story and learn from it. That is to say, in our normal day to day existence, we don’t need to think about it. The final stage of healing is the recognition or the knowing that healing has in fact has happened: when we know that we had gone for days without thinking about it and feel the breeze on our face and dream of having the time to spend several weeks hiking in the French countryside, or somewhere, without a care in the world.

It would be a shame to overlook this final piece; some people have been wounded and healed but without really knowing that they were healed, their sense of being wounded lingers on, like a faint malodorous scent, following them through the world. And because of that, though their body may be whole, they in fact are not yet fully healed at the level of their consciousness.

All rights reserved. Please cite and give credit when sharing.